Vaping with E-cigarettes is Safe, Right? 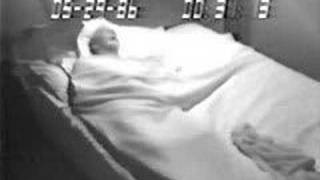 Peanut allergy is on the rise in the United States and according to recent data pooling, the rate of peanut allergies in children have tripled between 1997 and 2008. We do not clearly understand why this is but there are theories. A survey of 5,300 households in 2008 discovered that 1.4% of children were thought to have peanut allergies, more than three times the 0.4% rate found when a similar tally was taken in 1997. The study says the percentage of children with allergies to peanuts or tree nuts soared to 2.1% in 2008 from 0.6% in 1997, while remaining at 1.3% for adults.

Peanuts are a legume, which puts them in the same category as peas and soybeans, meaning they are not the same as other nut allergies. However, it has been found that between 25 and 40 percent of people who are allergic to peanuts are also allergic to tree nuts.

Peanuts are particularly problematic because they contain 13 proteins that have been identified to cause allergic reactions. These proteins do not get digested in the gut and make their way into the bloodstream with all the proteins relatively intact.

Peanut allergy, unlike other food allergies, is seldom outgrown and is one of the most dangerous food allergies. It seems that anyone you talk with about peanut or tree nut allergies has a story to tell about a friend or family member having an allergy. This has become so prevalent that school systems across the country are banning peanuts from their menus. Many after school care programs, camps and social groups have followed suit but there are still programs and groups that allow peanuts so being vigilant and educating children on allergy reaction signs and symptoms is important.

Anaphylaxis, a potentially fatal reaction, can occur with a child’s first exposure to peanuts. Signs and symptoms of anaphylaxis include itchiness, swelling of the tongue and throat, constriction of the airway, a precipitous drop in blood pressure, rapid heart rate, fainting, nausea and vomiting. Unless the reaction is stopped by an injection of epinephrine (adrenaline), anaphylaxis can kill. In one infamous instance in 1986, Katherine Brodsky, 18, a freshman at Brown University with a known nut allergy, died after eating chili that a restaurant had thickened with peanut butter.

My personal experience with peanut allergies comes from my son Drew’s severe peanut allergy. My wife was a vigilant mother to be while pregnant and followed the recommendations regarding food exposure to the letter. Drew had not had peanuts to our knowledge and his first reaction, and most severe to date thankfully, was when he was 18 months old and we were at a Panera Bread for lunch. He was walking at the side of the table we were sitting at with me, my wife and our daughter who was 4 at the time. She had a peanut butter and jelly sandwich for lunch and as usual didn’t eat the whole sandwich, leaving a quarter sandwich on the plate. Drew picked it up and we immediately took it away and told him “no that’s sissy’s sandwich.” He did not try to take a bite of the sandwich, but I guess he got some on his hand when he picked it up and likely rubbed it into his face and cheek. We left the restaurant and went across the road to pick up a few items at Target. As I was pushing the cart into Target my wife noticed that the side of Drew’s face was looking a bit blueish and bruised like and his nose was swelling slightly. The swelling progressed so quickly it was like something out of a freak show movie. He had severe swelling of the eyes as well and increase in nasal secretion. The facial swelling crossed face midline and he started grunting with clear signs of the beginning of respiratory distress. My wife screamed “We’ve got to get him to the Emergency Room!” I said “No, we need to get him to the pharmacy, which luckily, Target had just 100 feet away from us.” Rushing to the pharmacy I grabbed a bottle of Benadryl from the shelf and while opening it and administering a dose to Drew spoke to the pharmacist behind the counter and told them that I needed an Epi-pen. Luckily being a doctor, they were able to comply and work on getting the prescription ready. Had I not been a doctor then, yes, my wife would have been right and going to the ER instead would have been the right thing to. Drew’s swelling subsided and his breathing returned to normal. We had him evaluated by an allergist confirming the peanut allergy and again at the age of four confirming with testing that he was still allergic to peanuts and would likely be allergic lifelong. We carry Epinephrine injection pens everywhere we go now and have educated Drew and his sister regarding the risks of peanuts. They are both very responsible in this regard, but our daughter was more than a bit disappointed when she found out that we wouldn’t keep peanut butter in the house anymore. PB&J was her favorite at the time. For those that are not aware, Wow Butter is a type of soy nut butter that is the closest thing to peanut butter we have found and okay for Drew with his peanut allergy.

So, why is the rate of peanut allergy incidence skyrocketing? There are a few theories and the predominant thought currently is regarding “clean living”. The hygiene hypothesis suggests that we have improved at preventing natural infections and the immune system is not reacting to things it would normally be. We are not exposing ourselves to things we would have back when so many families lived on farms, we use lots of antibiotics including in the animals feed that we use as a meat food source. This has set up a ripple in the water process so to speak that has led to a change in the environment. This suggests that “clean living” and more medication use leaves immune systems in a condition that is more prone to attack harmless proteins, such as those in foods, pollens, and animal dander.

Another theory is related to the way peanuts are processed. We roast peanuts, and potentially, roasting peanuts makes it more allergenic. Roasting peanuts changes the sugar and makes the protein even more stable to digestion and therefore easier for the immune system to react with.

Until recently, the advice regarding potentially allergy-inducing foods was avoidance in pregnancy. In 2000, the American Academy of Pediatrics advised allergy-prone moms to avoid peanuts and tree nuts during pregnancy to help prevent their babies from getting allergies. They extended the warning to breastfeeding, adding cow's milk, eggs, and fish to the list. The recommendation of avoiding peanuts was based on simple deduction and appears wasn’t a good idea. More recent medical studies find no evidence that avoiding foods like eggs and milk during pregnancy has any effect on a baby’s allergy risk and there is very little evidence that avoiding peanuts helps. In fact, more recent studies suggest that some exposure might even be beneficial. In a recent retrospective study of non-allergic mothers who ate peanuts or tree nuts five times a week or more were less likely to have a baby with a nut allergy. New thinking is that introducing foods early may help an infant build a tolerance and lower risk of allergies. However, if you have a strong family or personal history of allergies with an immediate relative, such as a parent or sibling, with an allergy it is still felt your infant is likely at higher risk for developing an allergy as well. There's enough uncertainty in the research to justify caution, at least when it comes to nuts. Be smart and talk with your doctor about any concerns.

Below lists summarized NIAID guidelines. For a link to the full addendum guideline paper, see link listed below at end of article.

Guideline 1 recommends that if your infant has severe eczema, egg allergy, or both (conditions that increase the risk of peanut allergy), peanut-containing foods should be introduced into the diet as early as 4 to 6 months of age. This will reduce the risk of developing peanut allergy.

Check with your pediatrician before feeding your infant peanut-containing foods. He or she may choose to perform an allergy blood test or send your infant to a specialist for other tests.

Follow your healthcare provider’s instructions for introducing peanut-containing foods to your infant.

Guideline 2 suggests that if your infant has mild to moderate eczema, peanut-containing foods may be introduced into the diet around 6 months of age to reduce the risk of developing peanut allergy. However, this should be done with your family’s dietary preferences in mind. If peanut-containing foods are not a regular part of your family’s diet (and your infant does not have severe eczema, egg allergy, or both), do not feel compelled to introduce peanut at such an early stage.

Guideline 3 suggests that if your infant has no eczema or any food allergy, you can freely introduce peanut-containing foods into his or her diet. This can be done at home in an age-appropriate manner together with other solid foods, keeping in mind your family’s dietary routines and preferences as described in Guideline 2.

Link to the addendum guideline paper from NIAID