5 Step to Improve Your Lung Function

Vaping with E-cigarettes is Safe, Right?

When I diagnose a patient with pulmonary fibrosis inevitably the questions they have are always the same. 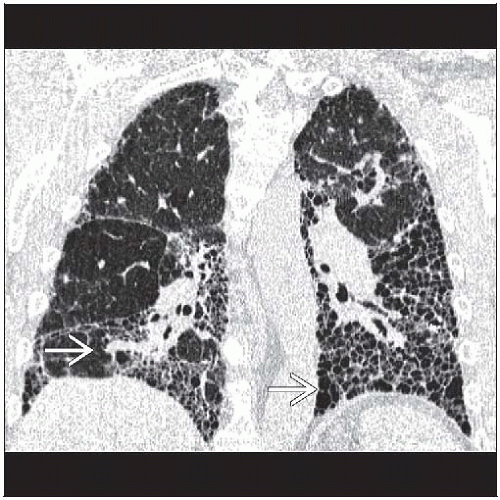 Idiopathic pulmonary fibrosis is a disease in which the lungs have scarring and hardening causing it more difficult for people to breath and get oxygen into the blood. Scar can be thick and prevent oxygen from diffusing through the fine layer of the lung into the capillaries, thereby reducing the amount of available oxygen for delivery to the tissues and organs.

There are several causes of pulmonary fibrosis such as autoimmune, chronic infections, recurrent reflux and aspiration, inhalational injury from toxins and chemicals and in some cases, medications can cause pulmonary fibrosis. It is felt there may be a genetic component as well as sometimes it can run in families, but specific gene involvement is yet to be determined. When a specific cause cannot be found then we term the disease idiopathic pulmonary fibrosis (IPF) which seems to be most of cases.

There is no cure for IPF and for most people, symptoms do not get better, but there are new treatments that can slow the damage to the lungs reducing the progression of the disease. Each person is different and needs close follow up with their lung doctor. Some patients will get worse quickly, but others can live 10 years or more after they are initially diagnosed. Frequently this is a diagnosis that is caught late, but with education campaigns the medical community awareness is improving hopefully leading to earlier detection of affected individuals. Therapies are available to help people breathe easier and control symptoms and in some cases, a person may be able to have a lung transplant.

Symptoms of IPF can be subtle and people often have pulmonary fibrosis for a long time without noticing any symptoms. As scarring in the lungs gets worse a person might have:

IPF is often difficult to differentiate from other lung diseases because it has similar signs of presentation. To come to the appropriate diagnosis a person may need to have several doctor visits and tests and will need to see a pulmonologist. Pulmonary function testing (PFT) is crucial in the initial evaluation. Sometimes it can be diagnosed by classic high-resolution CT scan findings in conjunction with PFTs and laboratory analysis but on occasion lung biopsy is needed. Previously, lung biopsy required a cardiothoracic surgeon to do open surgical lung biopsy with video assisted thoracotomy (VAT) where a few small holes are made in the chest and camera and tools are placed through the holes to take a small resection of the out later of the lung. This required hospitalization, general anesthesia in the operating room, a chest tube to re-expand the collapsed lung after surgery and standard hospital stay was 3-5 days. But now, I can often get enough tissue with Cryo-probe biopsy of the lung from the inside with diagnostic bronchoscopy.

I always send these biopsies off for specially trained lung pathologists to review the biopsies as most general pathologists do not have the exposure to pulmonary fibrosis to give a confident diagnostic description. It is not that they can not diagnose IPF but rather the other diseases that look very similar to IPF that need a very well-trained eye to tell IPF from non-IPF pathology can be missed if the pathologist does not have enough pulmonary fibrosis exposure. This in conjunction with fluid analysis from bronchoscopy and laboratory analysis is usually enough that I rarely refer patients on to surgery for open lung biopsy anymore.

Treatment for IPF will not cure the disease but can help with symptoms and prevent progression of the disease. There are two drugs specifically directed at IPF that have recently become available in the United States. Nintedanib (OFev) and pirfenidone (Esbriet) are FDA approved for the treatment of IPF. The exact mechanism of how they work is still being worked out, but they have been shown to slow down the scarring process reducing damage to a person’s lungs. Many IPF patients eventually require supplemental oxygen despite therapy.

Pulmonary rehabilitation referral for IPF patients is quite beneficial as deconditioning can quickly lead to worsening symptoms of dyspnea with IPF. Referral to a qualified pulmonary rehabilitation program with a team of doctors, nurses and therapists can reduce and sometimes reverse this deconditioning. Focusing on symptom management with exercise, healthy eating, stress relief and techniques for preserving energy has been proven to improve IPF patients’ quality of life.

Clinical trials as available may be recommended to a person by their pulmonologist as we are continuing to try to find new therapies for this debilitating disease.

If a person meets criteria for lung transplant they will undergo extensive testing to assure appropriate and put on a waiting list until a donor lung is available. This is major surgery, however, and not to be taken lightly. A person with transplant will need to take antirejection medications for the rest of their life and will need a lot of emotional support from friends and family. After transplant close follow-up will be needed long term watching for two major risks; infection and rejection. The immune system is suppressed to try to prevent this after transplant. Repeat breathing tests will be needed as an early sign of rejection can be caught with PFTs. The time of greatest risk for rejection is in the first 90 days post-transplant. Statistics vary by transplant program but on average one-year survival is 80%, three year 60%, and five year survival post lung transplant is approximately 50%.

It must be clearly understood that transplant is not a cure and a person undergoing transplant surgery is exchanging one disease process for another complex process; IPF for lung transplant. A complex medicine regimen for antirejection and potential side effects of treatment come with the tradeoff and frequent hospitalization is common.

Other things you can do to improve symptoms and feel better include eating healthy, exercise, quit smoking, yearly flu shot and appropriate pneumonia shots vaccines, meditation or some other way to fight stress and depression. Support groups can be quite helpful. You can find a connecting link to IPF support groups on my blog website www.dresterle.com.

IPF puts stress on the body especially when it is hard for the lung to allow oxygen into the blood. This raises a person’s risk of getting secondary conditions such as pulmonary hypertension, a stroke, heart attack, pulmonary blood clot and lung infections. Frank discussions with your doctor as to what you can do to reduce these chances are important.

Every patient with IPF is a bit different. Some are what I refer to as fast progressors and can have worsening symptoms over a very short period and others are slow progressors; their symptoms may very slowly worsen over many years. There is really no way to tell which group any single person will be in from the get go. Support groups are very helpful in my opinion and I have linked to my blog webpage ways of connecting with a support group for IPF. I am in the process of building a group page on Facebook for my patients for communication with each other and hopeful that this will allow some to connect with other local IPF patients.